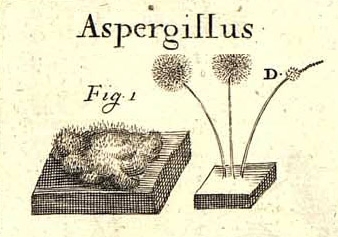 Thom & Raper (1945) and Raper & Fennell (1965) published major monographic treatments on the genus Aspergillus and respectively accepted 89 and 150 species. They also disregarded teleomorphic names, contrary to the prevailing nomenclatural code, using only the name Aspergillus. The List of “Names in Current Use” (NCU) for the family Trichocomaceae (Pitt & Samson 1993) accepted 185 anamorphic Aspergillus names and 72 associated teleomorphic names. Pitt et al. (2000) updated this list, accepting 184 Aspergillus and 70 associated teleomorphic names. Both lists were mainly based on the morphological species concept current at that time. However, the move towards a polyphasic species concept incorporating morphology, extrolite data and most importantly phylogenetic data, meant that this list quickly became out-dated. This is not only because new species were described since the late 1990’s, but was also a reflection that many species previously considered synonyms based on morphology were shown to be phylogenetically distinct. Old names were thus often re-introduced as accepted, distinct species. 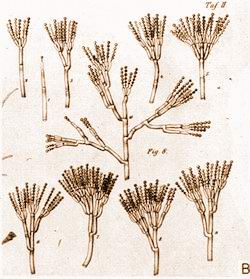 Even though Penicillium species are very common and the taxonomic structure of the genus is well defined, species identification is still problematic. Problems include an out-dated accepted species list and a lack of a verified, complete sequence database. On tis website we contribute towards a practical, stable, consistent, logical approach to Penicillium taxonomy, identification and nomenclature. 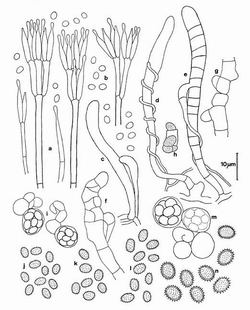 Talaromyces used to be associated with the anamorph genera Geosmithia, Merimbla, Paecilomyces and Penicillium (Pitt et al. 2000). Merimbla was shown to belong to a monophyletic clade with Hamigera, while both Geosmithia and Paecilomyces were shown to be polyphyletic (Houbraken & Samson 2011), with G. lavendula (generic type) belonging in the Hypocreales and P. variotii (generic type) monophyletic with Byssochlamys in the Thermoascaceae. The remaining Geosmithia species belong in Penicillium, Talaromyces and Rasamsonia (Houbraken & Samson 2011).

A number of species described as Talaromyces were shown not to belong in the genus. Three thermophilic species, T. byssochlamydoides, T. eburneus and T. emersonii, belong in the genus Rasamsonia and were renamed as R. byssochlamydoides, R. eburnea and R. emersonii (Houbraken et al. 2012). Talaromyces thermophilus is a biotechnologically important species and belongs to Thermomyces, with Houbraken et al. (2014) introducing the new combination Thermomyces dupontii for the species. Houbraken et al. (2012) showed that T. leycettanus belongs in the Hamigera/Warcupiella clade, and this species exact position within the clade should be further investigated. Talaromyces luteus morphologically resembles T. udagawae based on their ascospores having transverse to spiral ridges (Stolk & Samson 1972). Phylogenetically, however, T. luteus is basal to the Thermomyces dupontii and T. lanuginosus clade, and most probably represents a distinct genus (Houbraken et al. 2014).